I wrote this a few weeks ago (September 8, 2015). I think it was out of frustration with the whole Kim Davis thing, which had been going on before I wrote it, and it just built up. I find it...difficult...to write about this stuff on Facebook because there is a sense of entitlement on FB where everyone feels they not only NEED to have an opinion, but they NEED to tell you what it is, for good or ill. So, since there are only a handful of people still using LiveJournal among my friends, I figured, this might be the place for it. It may come to this, where I bring my politics and stuff to LJ, but hopefully, I'll start using it more. In any case...

I've had this weighing on my mind and heart for a long time now, and I think...I feel...that it's time to put it down and say it for everyone to hear (or in this case, read).

I love God. I am a Christian. But I feel like the Christianity that is a part of my life doesn't match up to, or reflect, what people think of when they hear “Christian.” And I think it's because 90% of Christians have conformed to the world.

And not a single one of them know it.

I'm not a preacher. I don't write sermons. I don't...I can't...stand in front of people and tell them how to live. I mean, I can't even stand in front of people and sell my books, so what right do I have to tell them how to live their lives? But the modern Christian...does. With gusto. With zeal. And they're doing it wrong. See, we, as Christians, were called upon by the Almighty to be a witness to those who don't know God. And how do we do that? By living a life in God. But what has happened is...Christians now stand, in their SELF righteousness, and judge others.

Instead of living the life in God, they are living their lives AS God.

They are standing in judgement of their fellow man, and that's not our job. That's not even CLOSE to our job.

The Bible verse above says the well known, “Judge not lest you be judged,” but it's what comes after that is being forgotten by today's Christian.

“For in the same way you judge others, you will be judged, and with the measure you use, it will be measured to you.”

So, when you point the finger at someone for living a life of sin, what you're doing is ensuring that the judgment you are pushing upon that person gets revisited to you.

For example, let's talk about the Westboro Baptist Church. All those folks, who think they are doing God's work, and condemning people to Hell? They're actually condemning themselves to Hell.

And either they don't know or don't care.

That lady in...Kentucky, right? The clerk? She forgot something about being a Christian too. A few things.

We're told to not conform to the world. To be transformed by the Holy Spirit. Ok, an argument can be made here, in her favor, right?

This one is a huge one, but not the biggest. In fact, all of 1 Peter 2 should be committed to memory. A few highlights:

The very first line is “Rid yourself of malice.”
We are called to live such good lives among nonbelievers that even when accused of doing wrong and failing, they will remember your deeds on Judgement Day.

But for the purposes of the clerk, it says, “Submit yourself to the authority of man, for the Lord's sake.” In other words, do your job. Listen to and obey the President.

(It should be noted that verse 18 says something about slaves submitting to their masters, but you have to understand when this was written...in the time that Christians were under Roman persecution. I'm sure that the slavery that existed since is exempt, but that's on God, not me. You can take it up with Him. And besides, God rewards the meek and the slave in eternity, so...)

Here's the big one.

God's word trumps all, right? Or is it some?

“Beloved, let us love one another, for love is from God; and everyone who loves is born of God and knows God. The one who does not love does not know God, for God is love.”

See, that lady divorced twice and had no true respect for the sanctity of marriage, yet she reserved her hatred for many (LUKE 6:42). It is not my job to hate, or to judge. I am to accept everyone. Different social statuses. Different races. Different religions. Different genders. Different everything. That is what I am called upon to do. That John 13:34 is really interesting because it's wording is incredibly intriguing. “A new commandment.” I find that incredibly interesting. That means there aren't Ten Commandments; there's eleven.

There's a growing problem among Christians today. More than one. The first is that they are putting human characteristics on a divine being. God doesn't hate f*gs; GOD HATES NO ONE. That is the point. Then, what happens is, once you make God “human,” you start assigning him human foibles.

Before I forget, there are a lot of folks that like to quote the Old Testament in a lot of their excuses for why they dislike or discredit or out and out hate others. According to Websters, the archaic definition of “testament” is “a covenant between God and the human race.” So, there's the old covenant; and there's a new covenant. A new contract, so to speak. So, while I would never say, “Just ignore the Old Testament,” because there is a lot of worth (obviously; I mean the story of David is more than just Goliath...really, incredible stuff), but folks...stop quoting the Old Testament as law. God Himself is telling you it's not the law anymore.

Back on track...human foibles on a divine being. THE Divine Being, you could say. God isn't concerned with the minutiae of our day to day lives. He cares, don't misunderstand, but what I mean is...there is a lot of pettiness that goes on every day. Thinking about work today, there is a guy who is lazy and can be counted on to do the absolute worst job (if he finds a way to do work at all). How is my dwelling on that praising God? It's not. That's what I mean. God isn't your best friend that you gossip with. He is willing to have a relationship, yes, but that's not the best way to go about it. We are made in His image (GENESIS 1:27), so we're supposed to reflect Him...which means we're supposed to be LIKE Him. We're supposed to act the way we think He would want us to act. That's the reason why we meet Jesus in the Bible, I think. Because we see him as an adult, doing great things and being a(n obvious) reflection of God, the Father. Jesus is God made flesh. So, we're supposed to act like HIM.

I REALLY want to get into politics, and how the Republican Party has made absolute fools of the American Christian. Donald Trump had the unmitigated gall to hold up his autobiography and say it was the second most important book ever written, basically alluding to the Bible being first, in one of the lowest most disgusting pandering moves that could only come from an absolute egotist like him...but I feel like that's a huge post for a later day.

Another thought that hit me today, in regards to gun control in America and how it "affects" Christians (which boggles my mind that it even affects Christians, but...):

For some reason, conservative Christians think they can have it all. No one can. That's the point. But they do their best to get their way on everything.

Gays can't get married; it's against the law of the Bible. But so is murder (Thou Shalt Not Kill).

No laws for gun control, because it's against the First Amendment. But gay marriage is the law, and they won't accept that.

You can't serve two masters (MATTHEW 6:24). And that's what they're trying to do. That's a huge problem, in my eyes, with conservative Christians. You can't be political and spiritual. The two just don't mix. You can't serve your Master in Heaven, and a master on Earth. It's just...

That's just the most recent thing that's bothering me.

Yeah, politics and the modern Christian may be next.

Yeah, so...I've been away for a while. And now I'm coming on to LJ to see if I can't rustle up some more backers, folks that may be following me here that aren't following me on other social networks. As if. But here I am. If you have followed me on here, you know that I've been working toward this for a long time. A creator owned superhero comic book. It's been in the works for a while. So, here it is. About $1400 away from reality. If you think you'd like to help, please visit the link below.

There's plenty of art on the project page, but here's a tease. 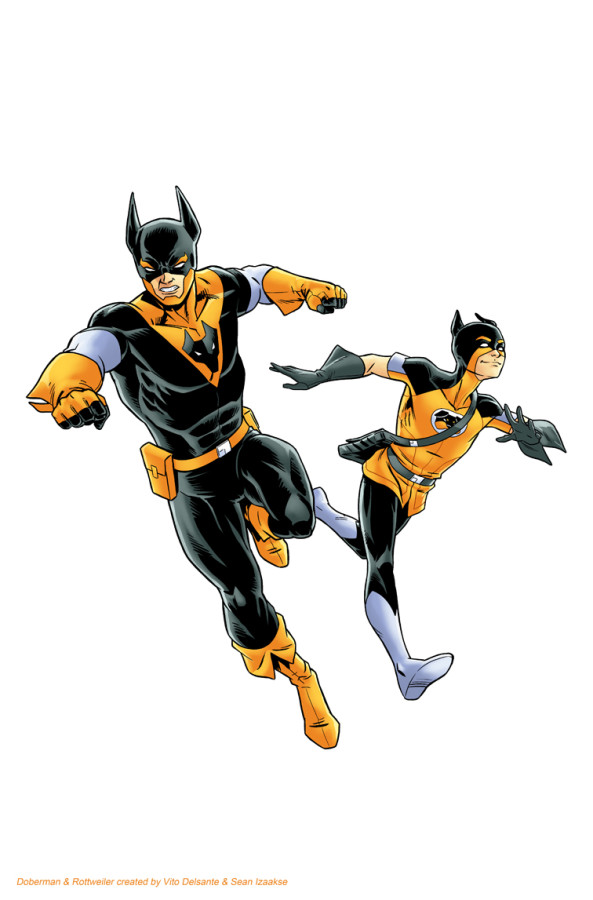 I knew who was reading, I'd get great feedback...it was a really great girlfriend that I left behind for blogs, Tumblrs, Facebooks...

Such a dick move.

At one point, my blog posts would cross post, but I'm not sure why that doesn't work anymore.

In any case...does that mean I'm "coming back" to LJ? Maybe, maybe not. I'm not sure anyone cares anymore, but I do love the things I wrote on here...love the work I created. It's a great archive, and I hope it never goes away.

Woke up singing this song...and ruined all the lyrics.

I can't get this song out of my head! Happily!

@DJVeeDeeZee: "Love this song. What makes it more remarkable is that it's the first song off the first QotSA album."

Hey @mdelsante, this is the song I was playing on your leg this morning!

I can't stop thinking about this song. It's a waltz! Know how hard it is to write a waltz?

I love this song so much...

This is a test...
Collapse